There might not be very many of us (only 26 this year) and we might not be as sleek as the other runners, but there are some pretty amazing athletes who compete in the Boston marathon’s mobility impaired division. 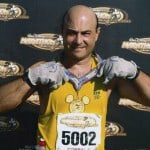 Take for example Keven Counihan. Kevin lost part of his right foot in an accident with a lawnmower. 15 years later, he was in a near-fatal car accident that caused extensive knee, arm, hip, chest, and shoulder damage. Despite all this, and after years of rehabilitation, Kevin focused on running again and set his sights on the marathon distance. In the 7 years since he started marathon running again, Kevin has finished 99 marathons, and hopes to complete his 100th at this years Boston marathon! Pretty amazing Id say. Check out this recent article and Video about Kevin.

Then there’s Kelly Luckett, another awesome athlete. This is her 6th consecutive Boston marathon. She’s also done 21 Ultrathons (50ks) and over 80 shorter races. Kelly came in at 3rd place in this division in lasts years race. Way to go Kelly! 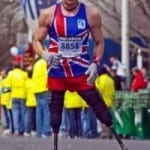 Can’t forget this guy. He is absolutely amazing to watch. Richard Whitehead is a congenital double amputee from the UK and quite a celebrity there. He has broken several world’s records, including the 2009 Rome marathon. I was there when he became the first amputee athlete in history, to break the 3 hour mark in a marathon. Absolutely incredible! 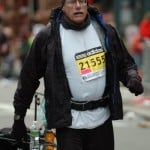 Last but certainly not least, there’s my good friend, Mike Mc Bride, who climbs skyscrapers for fun. Mike will pull an 80lb oxygen cart behind him for 26.2 miles. The fact that he does what he does, given his type of lung disease, still blows me away. He may not be lightning fast, but he has more fortitude and guts than most healthy people half his age. Check out this recent article in the Boston Globe

So, how does it feel to stand next to these phenomenal athletes at the starting line in Hopkinton, Massachusetts? IT FEELS INCREDIBLE !!

8 thoughts on “In good company”

I don’t know about you, but after a full year of pandemic induced anxiety, worldwide lockdowns and a half dozen... 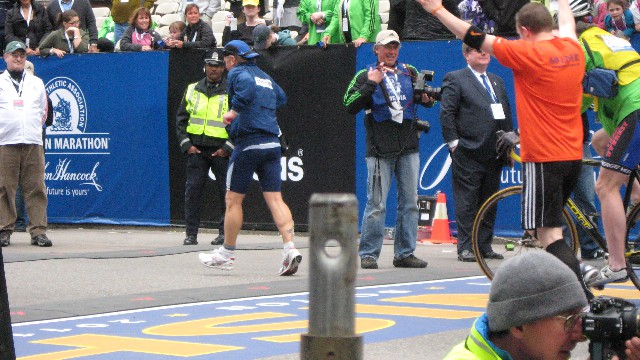 Blast from the past

A sign of the times, I guess. As with other large sporting events worldwide, foot races of all kinds and... 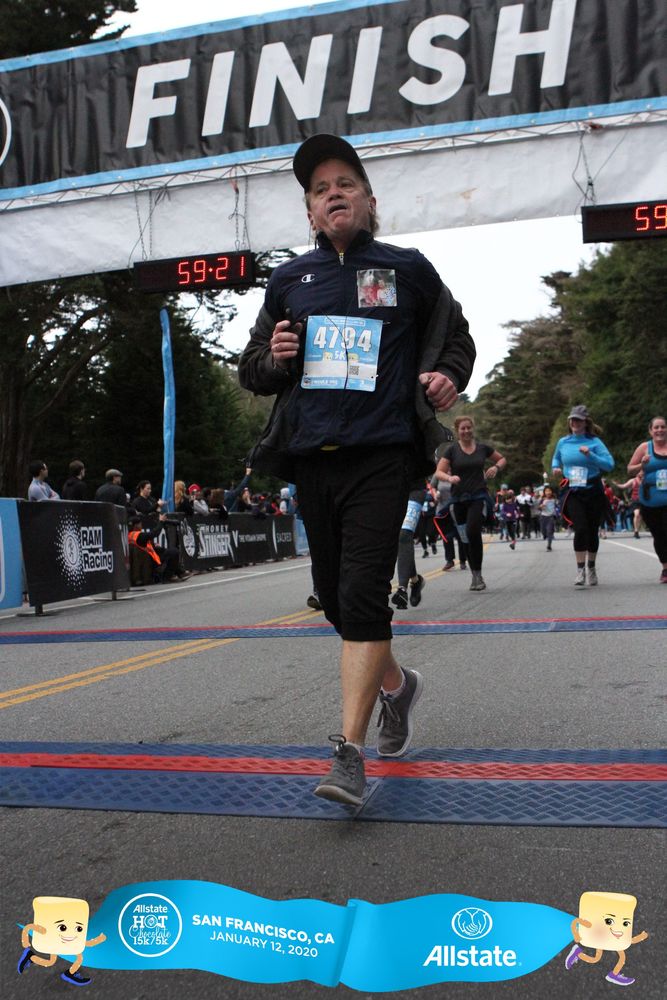 From Ventilator to FINISH line in 11 days flat

Taken only 11 days apart, I think these two photos of my ICU nurse and I, sum up this post...